1. Minutes were not completed by CAM. Minutes will be sent to all board members for approval.

2. The Board was asked to consider Dawn Goodrow and Charles Coleman for election to the board - moved by JS, seconded by RS, no objection - all support

3. The budget will be discussed later in the meeting.

4. RJW presented a proposal to the Presbytery of Lake Huron on October 30, 2018 regarding support for staffing moving forward (Secretary has a copy of the document). The Presbytery responded:
- they want the Collaborative to hire Jim & Stacey and the Presbytery work with the Board.  In addition, the Presbytery intends to take this issue up during its January meeting. RS will be in attendance.
- the Presbytery does not want to be left with a half-finished project
-there is some money left from Warren Avenue after the money used for the architectural study.  We will know how much after the next Presbytery meeting in January.

IRS has cashed our check for 501c3 status but has not processed the 501c3 application.
- CAN will not allow us to submit the proposal without 501c3 status
- Is it possible to
- contact Kildee's office to see if they would apply pressure
- talk to a current 501c3 program that would serve as a feduciary
- RJW will follow up on these items, he will call the IRS to ask where we are in the process and will also call Kildee's office.
- RJW is leaving on Monday 12/17/18 and will not return until the first of the year.

The Board asked if there are other staff positions required - It was suggested that the Treasure will need to write checks and do basic bookkeeping - It was also suggested that there is someone, Melissa, who might be able to fulfill these duties.

3. The budget document is available from the Secretary
- The items from the architectural study are included in the budget
- Stacey is looking at previous contractors for the church to see if any of the blueprints, etc are available. - if we have previous drawings, we could save money on the architectural study (approx. $3500)
- Spence Brothers has done all major construction and renovation - RS will follow up
- There is a $92,300 shortfall - this does not include any contributions by agencies who will use the building - Charles suggests open basketball in the summer for youth - there was discussion about the Police Athletic League
- There are currently five programs in the building (Women of Colors, Good Neighbor, Power of Dad, Pride Academy, Super Summer Program) there was discussion about other potential organizations - Ezekiel's Table.
- The Board discussed using the Saginaw Collaborative as a hub for people who are already working together.

7. We are in need of a number of committees: finance, fundraising, programming.  A sign up sheet was sent around to the board. The Secretary has a copy.
Finance: RS, CC
Fundraising: JS, DG
Programming: CAM, DG, DD (EM signed up but it may be important that she not serve here as she is one of the programs already occupying the building. RJW will discuss this with her).

Meetings were scheduled for committees to meet.

It was discussed that Mt. Pleasant is doing something similar to our Collaborative. We may want to consider Block grants after the architectural report is in. The next Block grant cycle is Sep or Oct 2019.

This item will be addressed by the finance committee for now

6. We are still waiting for someone to come and look at the building

A motion was made to move forward with the WTA architectural proposal - moved by CC, supported by JS. Discussion was opened
- RS - WTA had an interesting proposal and others did not reply to our open call for proposals.
- vote was called - all in favor, none opposed
- RS volunteered to be the person to walk through the building with WTA

8. The fundraising committee will work on this issue

Subcommittees will meet prior to the next meeting.

All minutes will be completed by 12/21/18 and sent to board members.

No items for the Good of the Order

Move to adjourn at 7:48pm by CAM, seconded by CC - all approved

Popular posts from this blog

November 21, 2019
Saginaw Collaborative Meeting called to order at 6:34pm by Jim Williams Roger, Vanessa and Jim met with the Presbytery in Mid-August. Set aside 100,000 to tear the building down. Anything that we would get would come out of that money and to get it we would have to promise them that we would not tear down the building. Next meeting is in December. Jim is recommending we sever our ties with the Presbytery. We focus on building the backbone organization, find places for our tenants, and spend the rest of the money on our bills (WTA and CAN) – Roger states there is $17,000 left. WAP has funded this project, which was their intention. No money has come from the Presbytery. Comments regarding the recommendation noted above – ·          Agreement with recommendation ·          Last administrative commission meeting which was after the meeting noted above, the conversation was that things have proceeded more slowly all the way around, in terms of our progress. Lack of
Read more
March 25, 2019

Saginaw Collaborative, Inc. is excited to present our new organizational logo.  The logo was designed by HouseDesign Co., an Etsy organization.  Their website is https://www.etsy.com/shop/HouseDesignCo  Please consider using them in the future. They presented three great options and the Board was happy to choose this one as our logo:
Read more
January 09, 2020 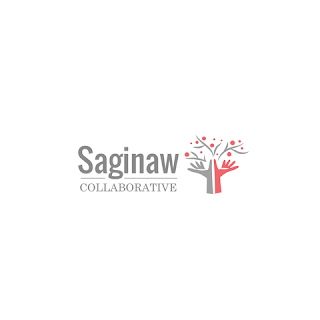 Saginaw Collaborative Board Meeting January 9, 2020 Present: Debbie, Roger, Dawn, Cathy, Vanessa, Joyce Call to order by the President at 6:32pm.   There is not a quorum however upon Vanessa’s arrival the entire Executive Committee was in attendance. Agenda was present Minutes from last meeting will be reviewed for next meeting. Discussion of completion of the CAN role and Pam’s deliverables.   We believe that the strategic plan was complete. The second grant we received was for fundraising and Pam had started this work. Vanessa arrived at 6:37pm. Forwarded emails from CAN to Dawn Old Business Grants – Dawn met with Huntington casually.   There is no formal reply at this time. Dawn is going to follow up with the bank. At this point we do not know if we have received monies. Bill Aldridge - runs the Good Neighbors Mission and arrived at 6:42pm New Business Where do we want to go from here? Joyce Seals arrived at 6:46pm Bill suggested solar panels to
Read more

Send us a message

Feel free to use this space to send the Saginaw Collaborative a message.